SANGEAN Brand Story: The Radio Company You Can Trust

SANGEAN has been designing and manufacturing high-quality radios since 1974, from humble beginnings to today's product innovations that impress thousands of customers. We've overcome every obstacle to become the world's leading manufacturer of clock radios, Bluetooth radios, portable AM/FM radios, etc. This is the story about SANGEAN!

What is different about the SANGEAN is our system. Although many companies exclude the production of electronic goods, SANGEAN retains this responsibility. Producing all the devices within the company, the SANGEAN family continues to grow. Radios are made from A to Z, or in other words, from research and development to post-sales. We can ensure quality acceptance and sensitivity in areas where our competitors cannot reach them.

SANGEAN radios are the model you want to bring to your home. In 1980 SANGEAN entered the short-range radio market with the SG-786. This model had a good reception and was easy to use. It was popular in the market, and it encouraged us to invest more in the technology.

Our Products, Designed in Taiwan

Our customers know us as a pioneer in designing quality products. Our commitment to excellence and our innovative culture makes us stand out as one of the most successful businesses. We have been producing high-quality consumer electronics since 1974.

We have provided you with unique products for over 40 years. Our innovative designs, high-quality construction, and many satisfied customers have made us a leader in consumer electronics. We take pride in exceeding the expectations of every product we design and manufacture. With Taiwanese design, you can rest assured.

In the years that followed, the rod was passed on to the second generation, helping SANGEAN to become a world-famous name, with branch offices in California, Hong Kong, and Venlo. Our factory in New Taipei City was also expanded into Dongguan to provide growing demand.

The demand for high-quality radio is not limited to Taiwan. All over the world, people wanted to have the best broadcast. In 1987 the SANGEAN established a branch office in the United States of America. This office is responsible for sales and maintains customer relationships in the USA. This led to a significant development of the SANGEAN. In 1993 a factory in Dong Guan, China was established; for more and better SANGEAN radio production. The company continues to grow, and by developing new models, SANGEAN covers global markets. In 1997, it was time to open a new branch office in the European market, and that's when the SANGEAN EU in the Netherlands was founded. 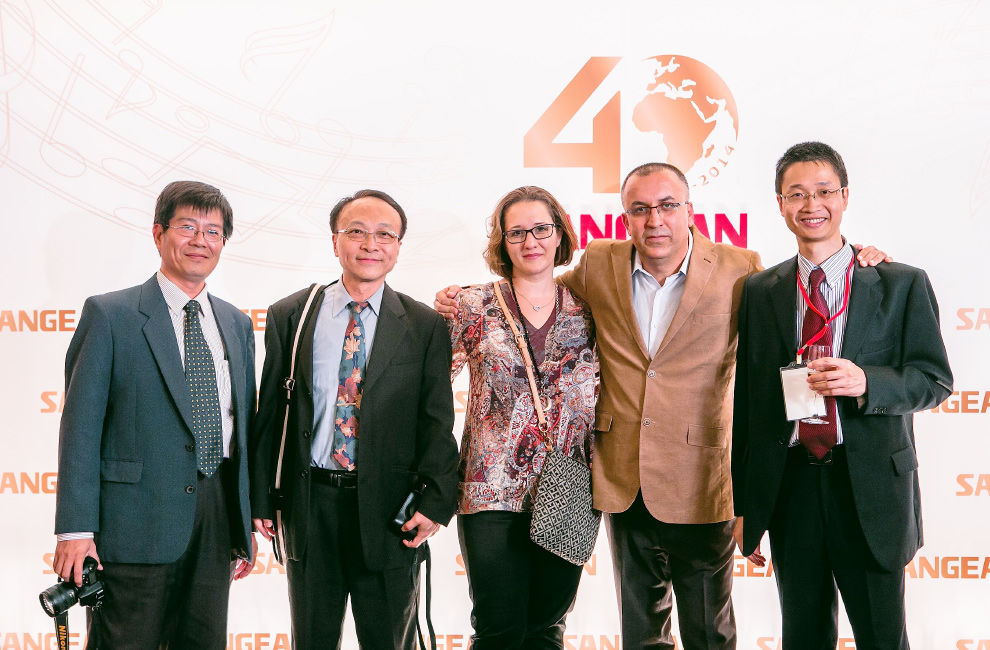 In 1998, SANGEAN entered various new markets, including DPR-1 for DAB Radio. We began producing functional radio stations (U-Series) in 2003. HDT-1 was the first SANGEAN HD Digital Radio station in 2005. As years passed, WIFI expanded, and IoT rose in popularity. In 2008, SANGEAN met the massive demand for high-quality audio as a result of Apple Products by providing customers with high-quality radios. For example, music, Internet, and iPod charging are all possible with DDR-63.

Various models have been developed to increase audio quality matching the quality on the market. DAB technology was upgraded to DAB + in 2009. Working with the app developer started in 2011, the UNDOK app now supports more radios. The app connects a mobile device to radio and selects a station or input device (DAB, FM, and Bluetooth). By 2012, we were making Bluetooth radios, and we have maintained the high-quality construction to meet our customers' expectations.

Thirty-eight years ago, our company foresaw significant market power and invested heavily in developing and strengthening its supply chain capabilities. Our manufacturing operations and equipment in New Taipei City and Dongguan have become our major strength, allowing us to serve our customers throughout Asia, Europe, America, and other parts of the world with great success.

While some may say that radio is a thing of the past, we believe it is still a timeless radio station that contributes to all situations. Beauty enhanced by sound waves does not discriminate based on age or group and can be produced by our products. The future of SANGEAN is driven not only by necessity but also by new inventions. As radio and the audio industry continue to evolve, our founder's dream will be a SANGEAN force for generations to come.

Our Promise to You

We thank you for your continued support throughout the decades. Without you, there would be no SANGEAN, and that's why everything we do, from providing high-quality products to making an easy-to-use website, is to make you feel loved and appreciated. We promise you that we will continue making electronics of the highest quality, treat you with respect, the best service will always be provided to you.

How to Style Your Room with Wooden Radios